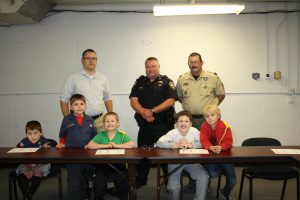 The Library has a new website and event calendar!

Two exciting announcements from the Keokuk Library! You can see their new website  at www.keokuklibrary.org and a their new community calendar at www.keokukevents.org! The new calendar will provide a single point of information for many of the events offered every week to the public in Keokuk. You can see a list of these events on the front page of this website. Any organization or person seeking to utilize this event list or to add events can contact Emily at the library for more information.